Celebrating Australian Made: The Craftsmanship Wisdom of a Discreet Director

Today, our Celebrating Australian Made editorial series takes a look at CST Composites, which exports 90% of its production. Brent Balinski talks to general manager Clive Watts, who started the company by building production machinery in his garage in the 1990s.

If people have heard of CST Composites, it’s probably for their work in the marine industry.

The company doesn’t do much in the way of media, but has been heavily involved in elite sailing from the start. He has contributed to many world-class Australian efforts, including Matt Wearn’s gold medal in the single-person dinghy at the Tokyo Olympics last year (CST provided the best mast sections in the Laser and Laser Radial classes in Tokyo.)

Clive Watts started CST in 1996 and for the first five years worked in the backyard of a dilapidated house in Woolooware. He began his studies shortly after Australia won the America’s Cup, then focused on filament winding and saving while working at Hawker de Havilland.

“I am not an engineer per se; I am a materials specialist. I was pretty handy, so I could sort of weld and machine and do things, but I didn’t have a lot of tools,” he says. @AuManufacturing.

“With the help of a few people…I built my first winder in my garage.”

The era saw boats switch from aluminum to composite masts to save weight and reduce times. Watts would find the bend in the masts and reverse engineer something better in carbon fiber.

As the company’s masts won world titles, its composite tubes (CST stands for composite spars and tubes) were in demand in other places where they could save weight while providing stiffness and strength, including racing cars. racing, space frames and helicopter magnetometer systems for minerals. detection (always a relevant market.)

“People use tubes for all the weird and wonderful things. We’ve even had people buy tubes for jousting sticks, believe it or not,” says Watts.

Today, CST is the archetype of the high performing Australian SME. Its highly skilled team exports almost everything it manufactures and makes little noise in the process. Recorded work for clients such as NASA, Ford and Cirque du Soleil. Perhaps more impressive is the unofficial work that has grown the company over the past few years, including over 40 million parts and counting for a famous home appliance company, and 100,000 for another leading consumer goods manufacturer.

CST’s story is one of international success combined with qualities you might associate with australia – shyness, outspokenness and resourcefulness. Quietly go about your business and take care of everything that comes with geography.

“At some point in the late 2000s we bought a machine. But being in Australia, which is far from any markets and support for these winding machines, it’s very difficult,” Watts shares.

“The process to buy something…takes at least almost 18 months to get it. And if the thing breaks, it costs an awful lot of money to fix it.

The machines CST has developed are now brand new. His bespoke ERP software is also something he hopes to sell in the US (where he recently formed a joint venture with Optimal composite technologies.) 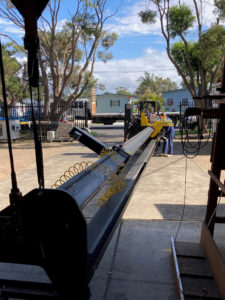 One of the company’s winders (photo: www.cstcomposites.com/author/cst/)

Like much of what the company developed, these were driven by necessity.

A turning point was when it started hiring full-time IT staff, according to Watts, who says the company was involved in Industry 4.0 approaches before it heard of the term. He believes his database has grown to 850 million rows of data, with 12,000 revisions to its ERP system completed to date.

“A lot has been written about tube making and how tubes bend and the weights involved, what it’s going to cost and the margin we make on that, and the quality and associated things,” adds he.

“That was a really pivotal moment in our business, that ability to track all that data, to give us that level of scalability.”

As part of its quest for greater autonomy, CST has also invested millions to bring tool manufacturing in-house. This followed the use of a California tooling company that was “pretty good” but had higher priority customers to focus on.

“We taught ourselves centerless rectification. So we make our own tools and have also got into CNC machining,” says Watts.

Rejection rates have improved for parts and delivery times have gone from about eight weeks to the point where Watts is issuing a “5 a.m. chuck challenge.”

He gets up at 5 a.m., designs something – maybe a mast for a sailboat – and hands it to the team at around 6 or 7 a.m. A chuck is created at 2:00 p.m. in the afternoon, including in-house hard anodizing.

“You get to a point where the tooling becomes so cheap that you can win orders because you can just give away the tooling for free,” he adds, citing a sample provided to the appliance company in six days.

“And it’s speed to market that ultimately wins you customers.”

Understanding things for themselves has been an asset, believes the founder.

“I think the good thing about Australians and what we do is you don’t necessarily watch how other people do things,” says Watts.

“You’re pretty good, ‘Well, I’ve got this problem to solve.’ You want your wide range of skills to solve these problems and you…innovate.

“You find yourself doing things that other people have never done before. And that’s kind of the story of CST.

It worked for the business, which is the biggest consumer of carbon towing products in ANZ, and grew from its backyard origins and into a site in Kurnell in 2001, adding a second site for volume production in Ingleburn in 2015, and establishing a US presence this year.

Not bad for a company that started with $30,000, according to Watts, took on no debt or investors, and grew solely by reinvesting profits.

Watts gives few interviews and in addition to a few names on the company’s website, chooses not to advertise some fairly well-known clients much. It’s a position some successful SMEs can find themselves in – deserving of recognition but unlikely to get too much due to their customers’ preferences. It’s easy to sympathize with these SMEs: they do just the right thing for their client. The advertisement can also put a target on their backs for cybercriminals.

Call it the curse of the contract manufacturer: they do their job, sign their NDAs, and their light stays under the proverbial bushel.

“Our customers are such that it’s normally state-of-the-art, so they don’t really want to let their supply chain out themselves, and they don’t want to leave any of their intellectual property behind,” says Watts.

“But when contracts end, sometimes we can do that.” 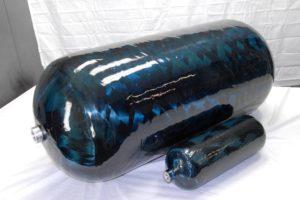 When we spoke to Watts a few weeks ago, the suspicious company was preparing to travel to Utah to meet with its JV partner and install its local machinery and software in a new home.

Watts sees the new venture as an opportunity to do well in the global green hydrogen supply chain, combining its expertise with that of a company that designs and manufactures composite pressure vessels.

There’s another kind of victory in there, too, bringing what they’ve developed to Salt Lake City, home to NASA’s Kennedy Space Center and a rich heritage in aerospace composites. It’s like exporting refrigerators to Antarctica, suggests Watts.

“Even though we own part of this business, the story is that the birthplace of filament winding was really Salt Lake City around the rocket industry,” he explains.

“We will sell Australian technology, including our software, to American companies. So it’s a bit of a story, a bit like the America’s Cup, we show the Americans how to do it.

Why sustainability is crucial to business strategy