The RRSS student forum team during a photo call with their challenge trophy. We also see Chua (left)

RRSS in a press release on Sunday said the team won a cash prize of RM1,000, a challenge trophy, certificates and a dictionary published by DBP.

They will represent Sarawak in the national level competition which will take place at DBP Malaysia, Kuala Lumpur on September 13.

Chua was also named the top forum member and received a cash prize of RM200, a certificate and a dictionary.

Along with the forum, DBP Sarawak also held a short music video contest and a poetry declamation contest.

A short music video on “Bahasa Itu Jiwa Bangsa” produced by the RRSS team also won first place and they received a cash prize of RM500 and books published by DBP.

Meanwhile, RRSS’s Benning Ujang came out on top in the poetry declamation contest with his recital of a poem titled “Bahasa Kita” written by Abizai. 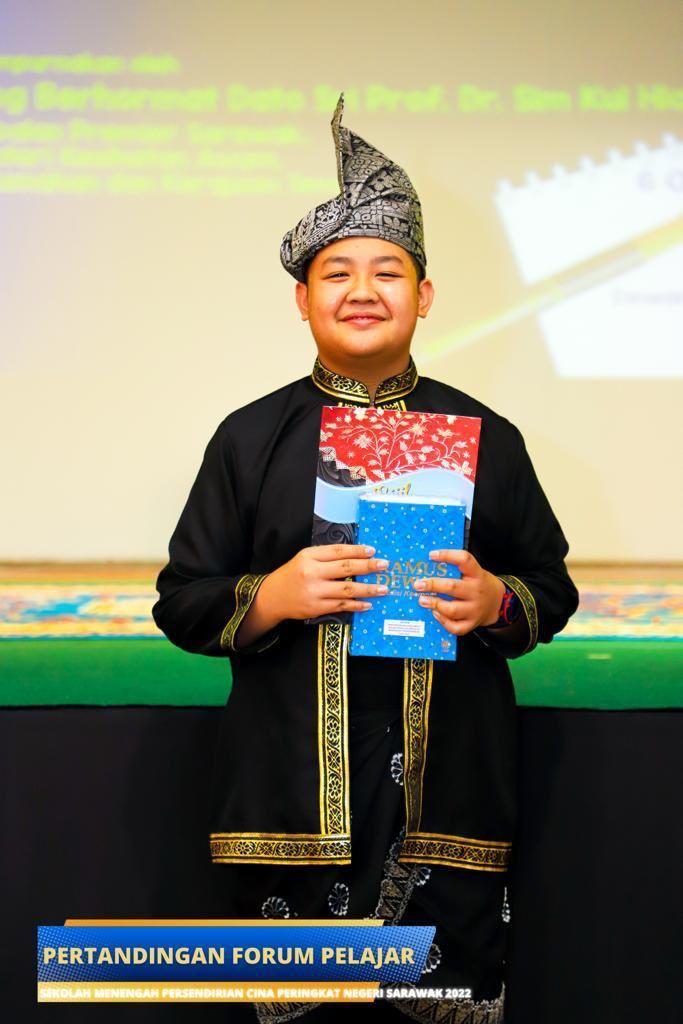 Benning poses with his prizes after winning the poetry declamation contest.

Benning was the only RRSS student to take part in the poetry declamation contest and his first foray into such a state-level contest won him a cash prize of RM250, a certificate and a dictionary.

The state-level forum competition was organized by DBP Sarawak in collaboration with the United Association of Chinese School Boards of Sarawak.