The work of the dialogue forum organized by the Democratic Union Party and the Syrian Change and Rebirth Party was launched this morning, under the slogan “No to the Turkish occupation and the call for the liberation of all the occupied Syrian lands”.

With the completion of the first and second axes, the forum began by addressing the remaining axes, which bore the titles “Continuing to treat the city of Aleppo as an Ottoman Turkish province”, “International collusion with Turkey and allowing it to occupy Syrian lands again, the area between Ras al-Ain and Tal Abyad”, and “The persistent Turkish ambitions to control the M4 road from Ain Issa to Al-Malikiyah Derek, and “the importance of cooperation and coordination between all forces to respond to Turkish aggression, and at the head of these forces are the Syrian army and the Syrian Democratic Forces, the SDF.

The Secretary General of the Syrian Change and Renaissance Party, Mustafa Kalaji, gave a speech in the third and fourth points, in which he indicated that the Turkish authorities continue to treat the city of Aleppo as a Turkish Ottoman province, as they claimed. in their Turkish Milli charter, where he always issued decisions to appoint governors for Turkish cities. The governor of Aleppo city based in the city of Gaziantep to confirm that the city belongs to them, in addition to using the 1998 Adana agreement unfair to the peoples of the region as justification for these attacks, whose provisions were circumvented by the Turkish side and used to achieve its settlement interests.

Kalaji noted that international complicity with Turkey and allowing it to occupy Syrian lands, Idlib, Jarablus, Al-Bab, Azaz, Afrin and its surrounding towns, as well as the area between Ras al-Ain and Tal Abyad (as model), where the Turkish regime still tries daily through its mercenaries, its regular army and even its so-called flights and drones and other daily assaults on the Syrian areas covered by the autonomous administration, as a result of this, dozens martyrs have risen daily, seeking to bite into new areas, blackmailing its NATO and Astana partners and allies with its conferences, and this was evident in the recent Tehran conference and the recent meeting of the Russian and Turkish presidents.

It is very important not to rely on the west

In turn, a member of the General Council of the Democratic Union Party, Aisha Hasso, gave a speech in the fifth and sixth points, in which she said: “Turkish ambitions continue to control the m4 road which is extends from Ain Issa to Malikiyah Derek, and it declares this publicly through its occupation plans under the pretext of establishing a safe zone on which the Turkish regime insists to resettle Syrian refugees in Turkey and thus changed the region on the demographic plan, depriving land ownership of their true owners and settling others who were brought from other Syrian regions, the occupied city of Afrin as a model.

As for the deterioration of the situation left by the continuous Turkish attacks, Aisha said: “There is regional and international cooperation with the Turkish regime from countries that put their interests with Turkey before the interests of all, Arabs , Kurds and all other components. of the Syrian people, which is why we believe it is very important not to rely on the West in any work, because they put their interests before any Syrian interests, and from this too we emphasize the importance of cooperation and coordination between all Syrian National Democratic Forces at home and abroad who have not covered up terrorism politically or militarily to respond to Turkish aggression, and at the head of these forces stand find the Syrian army and the Syrian Democratic Forces.

This was followed by a speech on the extent of violations in the areas occupied by Syrian rights and human rights activist Gabriel Mustafa. 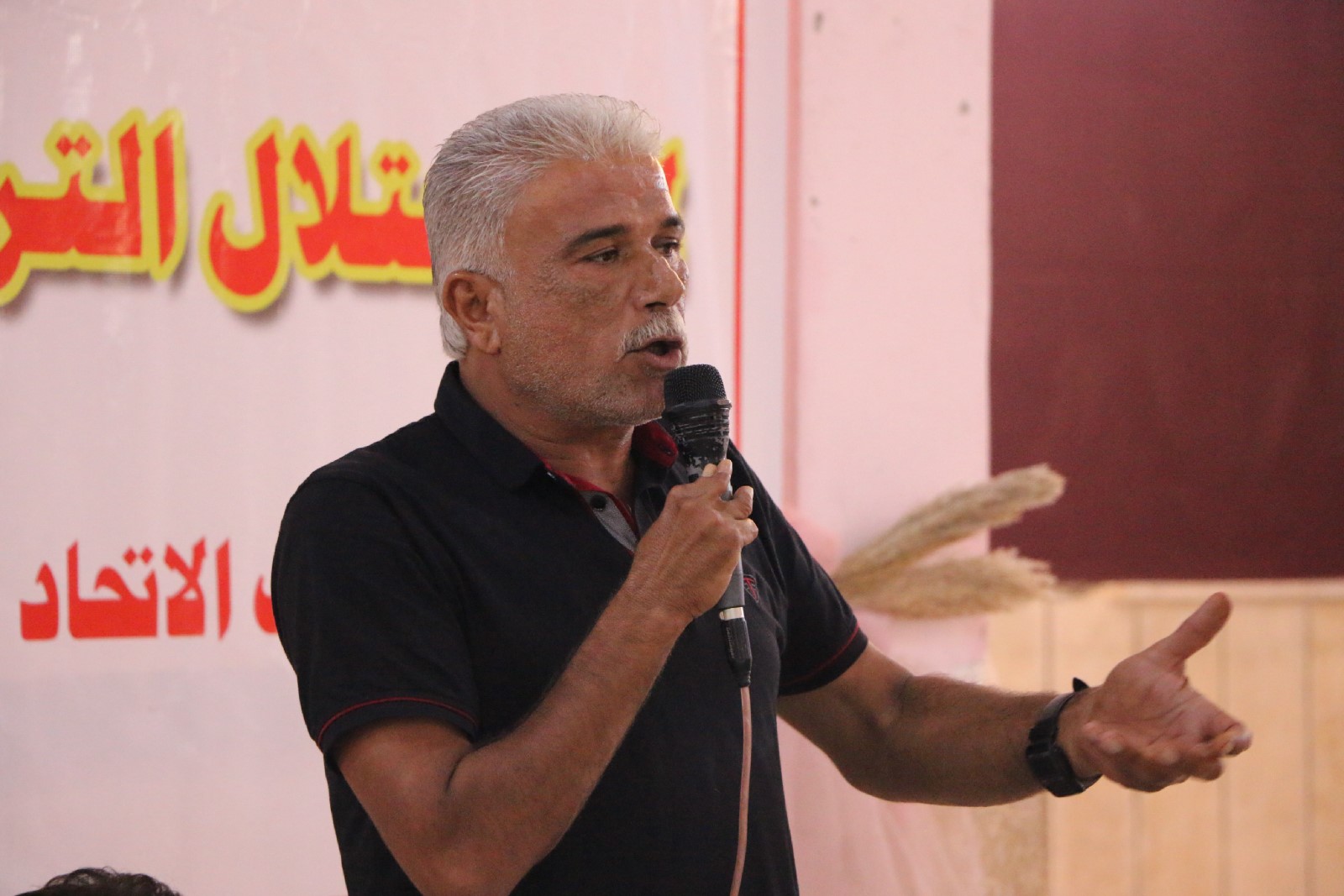 Gabriel Mustafa said at the beginning of his speech that the internal national opposition should work to take things not from one side only, but from both sides, to clarify many issues. Gabriel addressed the question of the common link between ideologies, politicians and the law. Opposing ideologies serve politicians or do politicians seek to implement ideologies?

Gabriel responded to this question by pointing out that all the problems plaguing the Middle East are the lack of solid ideologies and ideas that correspond to the historical reality of the Middle East.

International bodies are negligent with the Syrian people

As for international attitudes towards the Syrian people, Gabriel said that despite the many crimes committed by the Turkish occupation, the United Nations has not classified the Turkish army as an army of occupation or denounced its actions, which reflects the question of common interests far from the humanity that they advocate.

While most of the other discussions highlighted the need to unite the ranks of Syrians in the face of the occupations facing the country and to discuss through the Syrian-Syrian dialogue to reach a comprehensive solution that satisfies all parties and preserves their rights. 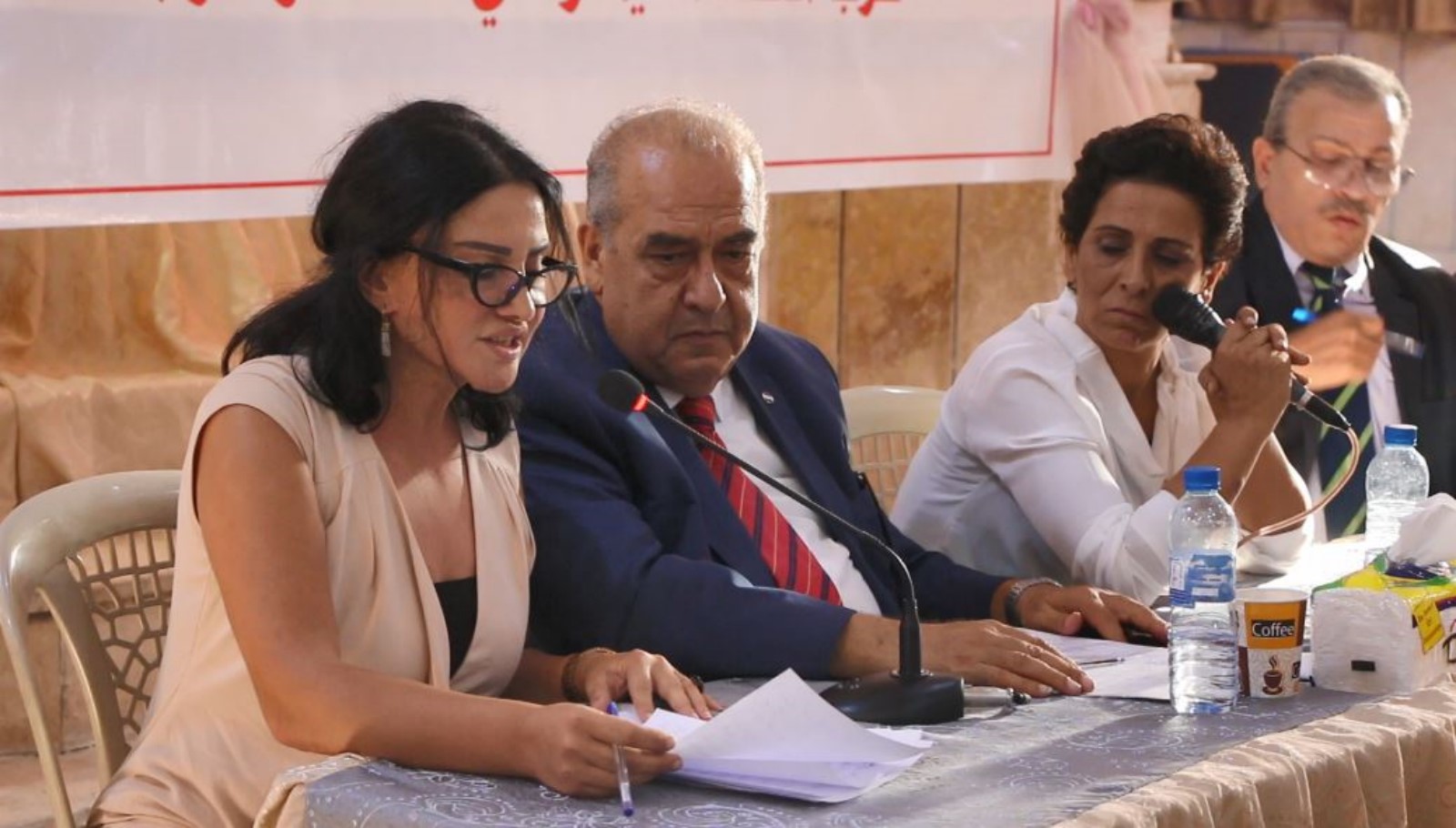 The war in Syria for more than eleven years has demonstrated the fragility of the region, which was subjected to a process of general rupture following the First World War and the victory of the Western project, which knew how to control the process of division, and the formation of controllable hotbeds, of tension and explosion, a process that contradicts the overlapping of the peoples of the region and does not allow the stability and growth of the peoples of the region.

The war in Syria has also shown that it is impossible to prevent its repercussions at the level of the countries and peoples of the region, and that ambitions based on excess of power do not grant immunity to any country, as powerful as it is. Due to the continuation of this conflict, of which Turkey represents the spearhead, we affirm that:

1 – The importance of activating the Syrian national situation in order to face the continuous Turkish threats and to start a new national project that notes the great diversity of the elements of the Syrian social fabric.

2- Emphasize the leadership role of the Syrian army and the full national responsibility to defend Syria, its sovereignty and independence from its ruling, and the liberation of all occupied lands from all occupations and forces illegal, and the involvement of all Syrian national military forces in that under his command, especially the Syrian Democratic Forces.

3- Ask the Syrian government to work to cancel the Adana Agreement (1998) and force the Turkish occupation to exit and withdraw from all areas it occupies unconditionally.

4- Unify and intensify the efforts of all Syrian social forces to confront the Turkish occupation by all legitimate means available, including popular resistance.

5- We turn to the Syrian government, taking into account the fears of the Syrian street in the face of the proposals of the Turkish occupier, once by threatening war and once by promoting rapprochement with the Syrian side, to whom we have tells the lies and the danger of the subversive role of the Turkish regime on the years of the war in Syria and the need to beware of it.

6- Any Syrian-Turkish agreement under development guarantees and recognizes the right to voluntary return of internally and externally displaced persons to their areas and properties and does not target any of the components of Syrian society.

7- Despite the reservations about the Astana Accords and their negative effects on Syria and the North in particular, we place Russia and Iran before their responsibilities as guarantor States in the Astana Tripartite to return to Syria all its lands occupied and the exit of Turkish forces from northern Syria and all military forces supported by Syria.

8- The Syrian National Democratic Forum calls on the international community to assume its responsibilities in preserving the unity of the Syrian land and people, as it has affirmed in all its relevant international declarations and resolutions.

9- It was agreed to form a follow-up committee for the work of the Syrian National Democratic Forum, made up of fifteen people.

10- Call for a Syrian-Syrian conference and on Syrian soil to achieve a just and comprehensive political solution to the Syrian crisis.